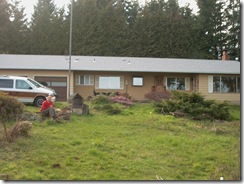 Our story begins just before the peak of the housing boom.Â  I had dollar signs in my eyes just like everybody else, and I had some equity in the house I was (and still am) living in. So I refinanced, took cash out, and bought a duplex. Sure, it needed a little work, and the rents were really low, but I was confident I could quickly turn it around. 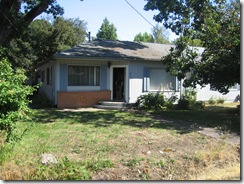 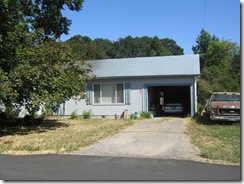 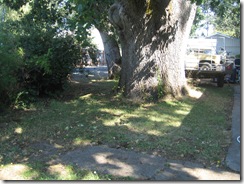 Three weeks after I closed on the duplex, the giant oak tree in the yard fell right across the front of the building.Â  Fortunately the tenants heard the tree splitting down the middle and got out before it fell, so nobody was hurt.Â  And I had planned to remodel, so not having to work around tenants was a plus.Â  I just hadn’t planned to remodel in such dramatic fashion. 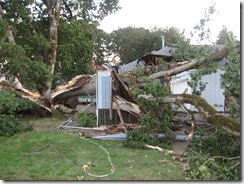 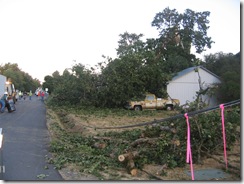 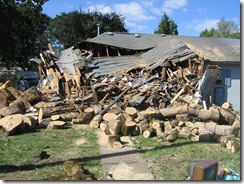 Fortunately, I had insurance on the property.Â  The insurance settlement was fairly hassle free.Â  But then when I started investigating my options on rebuilding the damaged unit to have more bedrooms, I found that the property was not actually zoned multi-family. According to the city my only option was to rebuild the structure as it was before it was damaged.

As we dealt with the tree fall, we got to know the neighbors and the neighborhood and liked what we saw.Â  And I studied the zoning ordinances for the duplex property and found that an Accessory Dwelling Unit, or what most people call an in-law apartment was allowed. 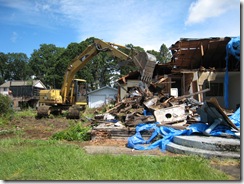 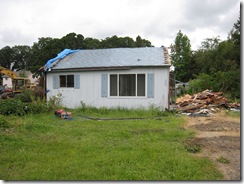 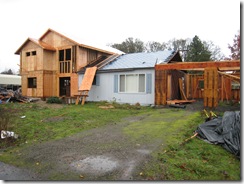 So we hit on the idea of keeping the undamaged duplex unit as an in-law apartment for my parents and rebuilding the damaged unit to be our primary residence.Â  I moved my parents in with me a couple of years ago, and our situation was less than ideal for them â€“ their bedroom and living room are in a converted garage, and they are using 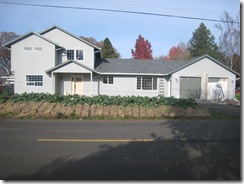 the laundry room for their kitchen. Rebuilding with an in-law apartment for them would provide them with much nicer living quarters.

It seems like every step of the construction process has involved some sort of struggle.Â  Design took a while because we had to meet zoning requirements and accommodate the existing structure.Â  Then when we got all that 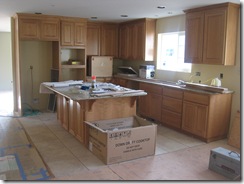 done, it took nearly three months to get a construction loan.Â  At least we got it done before the credit crisis really hit.

Then when we were done with framing, the inspectors found several issues that required rework.Â  15 months of delays and challenges later, we’re almost there.

Moving will be bittersweet â€“ we have a wonderful view and nice surroundings where we’re at now.Â  And selling has proved to be particularly challenging.Â  We started getting ready to sell in early 2007.Â  Everything was finally ready to go in July.Â Â  We listed for top 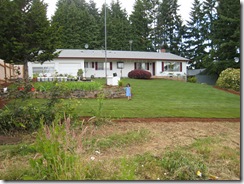 dollar figuring we weren’t in a hurry to move as the other house wasn’t done yet.Â  We have ended up chasing the market down from 569,000 to 459,900, and it still hasn’t sold.Â  The problem is that we owe 456,000, so we can’t really afford to lower the price any more.Â  I think that after we move into the new house I’ll just drop the price anyway and pursue a short sale. If by 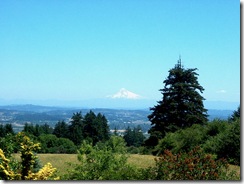 any chance you know somebody looking for a nice rural property west of Portland, Oregon, please please send them to http://www.johnlscott.com/93181 🙂

This has definitely been a learning experience, and it has been a tough financial hit.Â  I had hoped to come out with no debt other than the first mortgage on the new property, but now 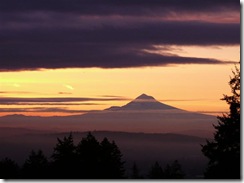 we’ll be at least 100,000 away from that.Â  I’ll definitely be working hard to pay debt for the next few years.Â  But I know that I’m not the only one.Â  This economy is hurting nearly everyone.Â  I am confident that with someÂ  hard work and willingness to avoid excess spending we’ll be able to recover before too long.